There are so many city in Italy that have food name. Gragnano, Parma, Colonnata, Gorgonzola, are only a bunch of them. Actually, there are some more, from the north to the south of Italy. To give food name to the city it is not an Italian linguistic affectation but something much more important.

When a city has food name we can easily recognized the origin of a product by his name. As the same time, if a food has a name of a city means that it is famous enough outside of his home town. Sometimes it is famous all over the world.

Why Italians city has food name?

“Gastrotoponimo” in Italian language means city with food name. “Topos” from latin means place and “gastro” means stomach. It’s an interesting character of Italian food culture. The wealth of italian recipe come from its particular history. Lot of foreign country conquered Italy and bring their influence on the italian territory. At the same time, Italian try to diversify themself through the food, building their identity by food. And still today food is one of the greatest assets that Italy has.

When the food is most popular then the city

The lard of Colonnata city is a product with a protected geographical indication (IGP). It is a salami, very valuable. It comes from Tuscany, to be precise from Massa-Carrara city and there is an important reason for that.

The material using to mature the lard is Carrara marble. The producers of the Colonnata’s lard put the salami into special basins of marble. They use only pork lard salted with a lot of different spices such as pepper, cinnamon, cumin, clove, nutmeg, rosemary and sage. The producers brush the marble basins with a generous amount of  fresh garlic so this kind of salami become smooth and fragrant.

The best way to taste lard of Colonnata is simply cutting finely some slice of lard and putting them on a slice of toasted bread.

Gorgonzola is a famous Italian blu cheese from Gorgonzola, a city in Lombardia region. It is a DOP (Denomination of Controlled Origin) Italian cheese product which means a typical product of a particular geographic area. That means  also quality requirements. Gorgonzola is a soft cow cheese sweet or spicy.

It is perfect with rice, polenta or gnocchi but is also excellent as appetizer with some celery or as dessert. The best version for a dessert is the spicy Gorgonzola combined with honey.

The king of the Italian cold meets

Parma ham is one of the most representative Italian product in the world. It’s appreciated and well known everywhere. As the name suggest it comes from Parma in Emilia Romagna region.

The popularity of Parma ham is big but not only for the taste and his deliciousness. Parma ham is a very healthy food, in fact there are no preservatives or other chemicals on it. To conserve ham is used only salt.

One of the best way to taste Parma ham is with a slice of melon and a glass of white wine such as Malvasia.

Famous all over the world

Parmisan cheese comes from Emilia Romagna and has the name of two city: Parma and Reggio Emilia. As Parma ham, even Parmisan has any kind of additive on it and it is a super nourishing and healthy product. Since Medieval Time Parmisan cheese was exported outside the city of Parma in fact it was well known in Liguria and other italian region. To give to Parma city  the DOP certificate of quality the duke of Parma in 1612 decided to call the cheese “Parmisan”, so this “gastrotoponimo “ is very old.

Parmisan cheese is very appreciated with a drop of balsamic vinegar from Modena DOP or with a little bit of chestnut honey or onion marmalade.

Pasta: the main product of the Italians table

Gragnano is a geografical area in south Italy famous for production of pasta. Gragnano pasta is made with hard wheat flour and it is considered a IGP product. The first pasta factories of Gragnano dates back to the sixteenth century.

It become very popular after a famine in Naples during the Bourbon period. At that time people from Gragnano city were the main producers of pasta in particular maccheroni. Pasta is a product that give a lot of energy, it goes with meat, fish, vegetables and legume. It is a popular product and it is a constant presence on the Italians tables. There are infinity way to cook it and it is the star of the most of Italians recipes. 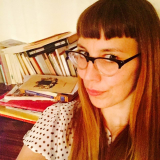